Teikoku Pharma USA (TPU), a subsidiary of Teikoku Seiyaku, Japan, is an international specialty pharmaceutical company founded in 1997 in California.  Teikoku Pharma USA develops innovative products in the CNS, Pain Management and Oncology based on its drug delivery platforms.

Our strategy is to be opportunistic in our development programs. Pursuing clinical development of our product candidates, both independently and in collaborations which allows us to enhance the capital resources needed to strengthen our core technologies and expand our product pipeline.

For more than 165 years, our parent company Teikoku Seiyaku Inc., has pursued a vision of developing pharmaceutical products to address unmet needs. A world leader in the research, development, manufacture and commercialization of pharmaceutical drugs.

At Teikoku Pharma, our capabilities are broad. With a deep expertise in dosage form development and comprehensive manufacturing capabilities, we create both the formulations and the delivery mechanisms that bring innovative ideas to life. 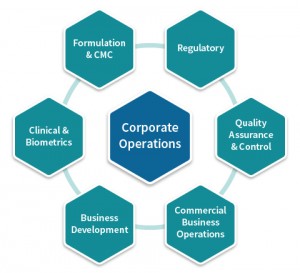 Shozo Akazawa, the 5th head of the family, obtained a certificate granting him permission from the governments to deal in medicines, and starts business.

Teikoku Seiyaku was established with capital of 1 million yen in Kagawa Prefecture, Japan.

Horxis, a prototype of the current medicated plaster, launched in Japan.

Osaka Plant spun off, and with it, “Fuso Chemical Industry Co. Ltd.”

Seltouch, a transdermal felbinac plaster for prescription use, approved and production begins.

FDA approval for Lidoderm in the US.

FDA approval for Docetaxel Non-Alcohol Formula in the US.